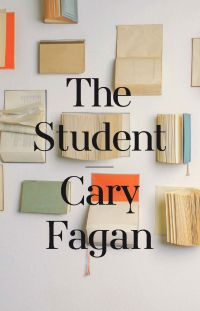 LATE SUMMER – AUTUMN, 1957: Miriam Moscowitz is starting her final year of university with unwavering ambition. She is a serious and passionate student of literature who studies hard, dates a young Jewish man with a good job, and is the apple of her father’s eye and the worry of her mother’s. But then, in a single moment, her dreams crumble around her as she realizes that—as a woman—the obstacles to achieving what she wants could be unsurmountable. Unsure of how to break a path for herself, she begins a reckless affair with an American student obsessed with the civil rights clashes in the south—specifically in Little Rock, where public schools had been desegregated. When the young man abandons her to join the movement back home, Miriam gets on a bus to follow him, no longer sure of anything in her life

AUGUST 21, 2005: It is the morning of Miriam’s son’s wedding (a newly-legal, same-sex marriage). She climbs the stairs to her study to look at a book she had carried with her forty-eight years earlier, on a bus to the United States. In the days leading up to the wedding, she had deciphered every word of marginalia in her young, minuscule handwriting. It had been familiar and strange, embarrassing and exhilarating, and she had wondered what the young person who had written all these words had to do with the old woman who read them now.

The Student is a compassionate and compelling work of fiction that brings together two pivotal times in history. With its innovative structure, masterful prose, and intelligently crafted characters, this book illustrates how we are shaped by—and can eventually overcome—the constraints of the times we occupy.